The Finnish Institute of Health and Welfare THL says there are now 3,369 confirmed cases of coronavirus – that’s up 132 from the day before.

Although THL says that most of the cases of coronavirus in Finland have so far been mild, there have also been 75 deaths, an increase of three since Wednesday. More detailed information is known about some of the deaths, and almost three-quarters of them have been men.

The majority of cases – more than 2,100 – have been reported in Uusimaa, and with the government ending travel restrictions for the southern region already on Wednesday, public health officials will be looking carefully at whether people start to move more freely into and out of Uusimaa, and possibly track the virus to other parts of the city by cars or trains.

Finland’s busy – and economically important – summer festival season is on pause because of the coronavirus pandemic. Prime Minister Sanna Marin (SDP) said on Thursday that the government will make a decision during April about whether to let them go ahead.

Festivals Finland, an umbrella group representing the many different kinds of festivals which happen every year, say that although a package of financial help from the government for April and May is welcomed, they need something similar for the summer months as well.

”Festivals are the platform for all kinds of culture and arts, and you can imagine what it means if it s canceled for one year” says Kai Amberla, Executive Director of Festivals Finland.

Amberla says that while people commonly think of festivals as big music events attracting tens of thousands of people, it’s more common to have classical music events, theater, opera, film, dance and family-focused festivals – some of which might just attract audiences numbering in the dozens to performances.

Any extra bailouts for the arts would have to fit all the different types of festivals that are popular during summer in Finland.

The Ministry of Finance has released its economic review for 2019, and forecasts the economy will shrink by 5.5% this year due to the coronavirus pandemic.

The ministry notes that the shift in fortunes for economies around the world because of the virus has been “unprecedented in its speed and scale.”

The lockdown measures that Finland has taken have “serious consequences” for Finland’s economic growth with the biggest drop in gross domestic product GDP expected to hit in the second quarter of this year (April, May and June) and then pick up after that. GDP is now forecast to grow by 1.3% in 2021 and 2022.

“Everything depends on how deeply the economy plunges and how long it stays there. The danger is that the longer the economy suffers, the greater the difficulty in reviving it” says Mikko Spolander, Director General of the Economics Department at the Ministry of Finance.

Finland financial deficit will rise by almost €14 billion to a total of €16.6 billion – or 7.2% of GDP – because of the effects of the pandemic. Read more.

Ferry operator Eckerö Line is making up to 500 staff redundant. The majority of them are seafarers, according to the Seaman’s Union, and cuts will be felt for the crews of the M/s Eckerö and M/s Birka Stockholm in Åland and mainland Finland as well as Birka Cruises’ Stockholm Office. Just a skeleton crew of 13 people will be kept work on the ships.

A letter of termination has been sent to the employees promising full pay for their notice period which in most cases is five or six months.

The company has been in talks with unions about how best to handle the process, and has agreed that when the situation improves they will take back staff who previously got made redundant, for a period of nine months.

The government is proposing some extra financial help for parents who have to presently remain at home, unpaid, while looking after sick children during the coronavirus crisis. Loss of income payments would also be made for anyone sent to quarantine at home when they return to Finland from abroad and don’t get paid from their jobs during this time. .

The temporary support would compensate for the wages lost by a parent or spouse when someone with a work contract ends up having to take unpaid leave from work to care for their sick child.

”Securing people’s livelihoods in the midst of a crisis is one of the Government’s key objectives. This proposal aims to improve the financial situation of people absent from work due to restrictive measures, and the situation of their families” says Aino-Kaisa Pekonen (Left) Finland’s Minister of Social Affairs and Health.

The benefit is payable for 14 days.

A third of workers exhausted by coronavirus stress

One-in-three wage earners in Finland is mentally exhausted by the current coronavirus situation, and the strain and uncertainty it places on their working life.

That’s the results of a questionnaire conducted by the Employees’ Union Erto which finds that workers say their ability to cope at work has reduced, and they’re also worried about how to cope for months after the crisis as well.

The Erto survey found that workers are concerned about their livelihoods and feel left behind in public debate by companies about the situation. The survey was conducted by YouGov Finland and answered by 1,000 employees. 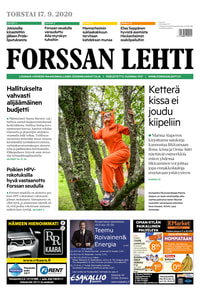