The Finnish Institute for Health and Welfare THL says there have been 5,673 confirmed cases of coronavirus in Finland since the first positive test at the end of January. Today’s number is an increase of 100 from the day before.

There have also been 255 coronavirus-related deaths reported, an increase of 3 from the previous day.

Around the country there are currently 174 patients in hospital receiving treatment for coronavirus, including 44 in intensive care. The majority of hospitalizations and ICU patients are in the Helsinki and Uusimaa Hospital District.

THL notes that the number of hospitalized Covid-19 patients in most hospital areas has now leveled off.

The entire Finnish government cabinet will work from home at least until the end of this week, after two ministers and, separately, a senior politician, may have been exposed to coronavirus.

Minister of Social Affairs and Health Aino-Kaisa Pekonen (Left) and Minister of Labour Tuula Haatainen (SDP) might have come into contact on Tuesday with someone suspected of having coronavirus. That person has been tested and results will be available within two days.

Pekonen and Haatainen will self-isolate as a precaution and the Prime Minister has instructed the rest of the cabinet to stay at home and work remotely until the results of the test is known. “Let’s take care of each other”, former presidential candidate Haatainen writes on Twitter.

Separately, Antti Kurvinen, the Chairman of the Centre Party Parliamentary Group has also gone to self-isolation after possibly being in contact with someone who has Covid-19. Kurvinen says he will get a test as soon as possible.

Police in Eastern Finland have launched a formal preliminary investigation into the Kallionsydän nursing home in Kiuruvesi where a number of elderly people died from coronavirus.

The criminal charges being considered include occupational safety offenses, breach of duty of care, and giving false certificates to authorities. Police are also looking into the causes of deaths of residents at the elderly care home, which is run by the Ylä-Savo healthcare authority. Other criminal charges might be considered as the investigation continues.

Officials say the pre-trial investigation will likely takes several months as there is a lot of documentary evidence to consider, and up to 50 people will be questioned about events at the facility.

The public health official who has become the face of Finland’s fight against coronavirus has found himself also the target of criticism of some politicians, sections of the media and scientific critics over his handling of the crisis.

Professor Mika Salminen, Director of Health Security at the Finnish Institute for Health and Welfare THL, has been variously accused of favouring a herd immunity strategy which is said will lead to lots more deaths; losing the trust of his THL colleagues; basing his advice on opinions rather than scientific facts; not releasing enough information; and in one scathing editorial column in Ilta-Sanomat newspaper this week he was was strongly criticised for having too much power as an un-elected official.

The Director General of THL Markku Tervahauta has hit back at critics with a statement on social media defending his colleague Salminen.

“Mika Salminen has the full support of the THL community. His assessments of the coronavirus are not ‘only opinions’ but are based on researched knowledge. We hope that Salminen will be able to continue his official work without undue criticism” says Tervehauta.

Measures put in place to slow the spread of coronavirus in Finland have also had an impact on the spread of other infectious diseases.

Lännen Media reports on Thursday that the number of cases of seasonal influenza in March and April this year was half the number from the year before.

Experts say this is a picture seen across other Nordic countries as well.

Other contact illnesses are also declining this spring such as norovirus, and also some sexually transmitted infections. 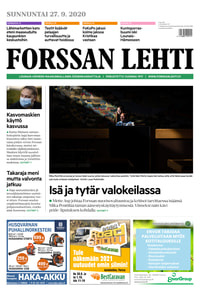