The National Institute of Health and Welfare THL says there have now been 4,129 confirmed cases of coronavirus in Finland – that’s up 115 from the day before.

There have also been 149 coronavirus-related deaths in Finland. This figure includes both hospital deaths, and Covid-19 deaths in other locations like care homes. Those numbers were not being reported together until this week.

Although THL says that most cases of coronavirus in Finland have been mild, across the country there are 199 people in hospital – a number that’s been falling in recent days. There are still 63 people in intensive care.

It comes after a day of talks between ministers and experts about how to proceed with big sporting events and festivals due to take place in the coming months, which could pose a health hazard for spreading a second wave of coronavirus.

The government has also been discussing how and when they might begin to lift some restrictions that were put in place during March to limit the spread of coronavirus: like restrictions on groups of more than 10 people and possibly a timetable for opening schools again.

The Ministry of Health and the Finnish Institute of Health and Welfare THL have said that it might be soon possible to start to move towards a system of more targeted restrictive measures.

Police in Helsinki and North Savo are looking into a number of coronavirus deaths at elderly care homes.

In the capital, a request has been made to investigate whether the nursing homes or those responsible for their operations have committed crimes in violation of laws that are in place to prevent the spread of coronavirus.

Inquiries are ongoing but Markku Silen from the Helsinki Police Department says it’s not yet clear whether an official preliminary investigation should be opened by officers. That would only happen if there is reason to suspect that a crime has been committed. Silen says the request for an investigation wasn’t aimed at one specific nursing home, but to nursing homes in Helsinki in general.

Meanwhile Helsingin Sanomat reports that police in North Savo are looking into the deaths of 11 elderly patients at the Kallionsydän care home. Those deaths account for a third of the residents of the 30-bed facility.

A businessman involved in a controversial deal to bring protective masks from China to Finland has been arrested by police. Onni Sarmaste has been detained by the National Bureau of Investigation and around €2.7 million worth of funds were frozen.

Sarmaste was one of the middlemen who brokered a deal between the National Emergency Supply Agency NESA and manufacturers in China to bring millions of face masks to Finland. However, when they arrived and were tested the masks were found to be of such poor quality that they couldn’t be used.

The police apparently arrested Sarmaste at his Espoo home, and also impounded two vehicles. Sarmaste had previously told the media that he bought some luxury cars with the proceeds of his NESA deal.

Ministers for European Affairs from around the 27-nation block have been meeting, virtually, to discuss the need for a common recovery plan from the coronavirus crisis.

”In the past, the EU has shown its strength in difficult times. Now, we need this ability to work together and find common solutions at the European level once again” says the Oulu MP.

Ministers also discussed the need to safeguard the rights of EU citizens and the rule of law while national-level restrictions are in place to tackle the pandemic.

”In exceptional circumstances, it is even more important to ensure that the fundamental rights of EU citizens are protected. The EU must to be a community of values that respects liberal democracy and the rule of law, both now and after the Covid-19 crisis” says Tytti Tuppurainen.

Cities report a lack of protective equipment for healthcare workers

Healthcare officials in a number of Finnish cities are reporting a lack of protective equipment for frontline staff during the coronavirus epidemic, according to a new survey conducted by Verkkouutiset, a newspaper affiliated with the National Coalition Party.

Tampere reports particular problems sourcing equipment for staff working with elderly patients in care homes. Although the city received 150,000 masks on Monday, that’s far less than they need on a weekly basis.

Meanwhile in Turku there is a similar message where face masks have arrived in batches of 25,000 but actual needs are much higher according to officials. Vantaa reports a lack of face masks for people working with elderly and disabled patients, however officials in Kuopio and Jyväskylä say they have a reasonable amount of protection to treat patients with respiratory symptoms. 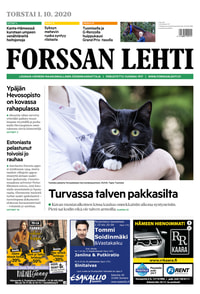